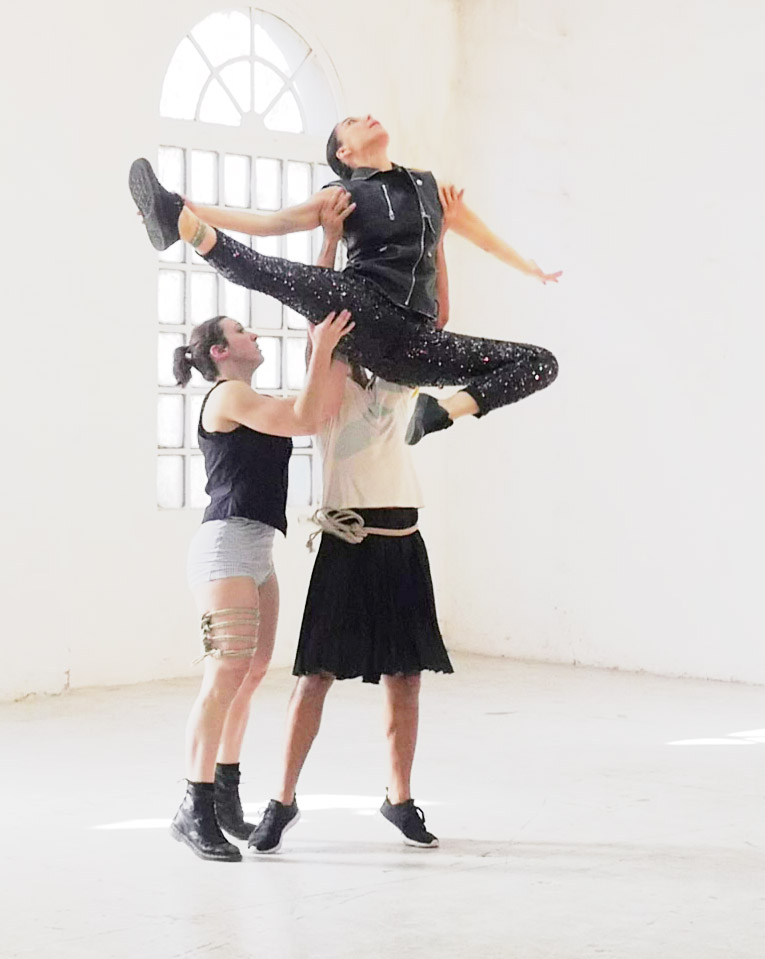 CROTCH, the place where the legs join. Is it here where gender resides?
Who said fear, shame, hide yourself? Fuck it! We’re visible, disobedient and dissident bodies.

3Crotch is a show that utilises dance and performance to dig into the construction of gender identity . It deals with sexual violence, inequality, different forms of sexual identity and places us in front a the mirror of artificial, widely accepted, stereotypes created by a heteropatriarchal and neo-liberal society.
Its language is direct, physical, avant-gardist and provocative. Its rhythm and intensity capture the audiences attention, crating a space for communication and sincerity.

The starting point of 3CROTCH are real biographic experiences. The three performers show a choreography that is accompanied by short texts that empathize with the audience.

In 20 minutes 3CROTCH distills the essence from what happens in CROTCH, the 50 minutes theatre version.