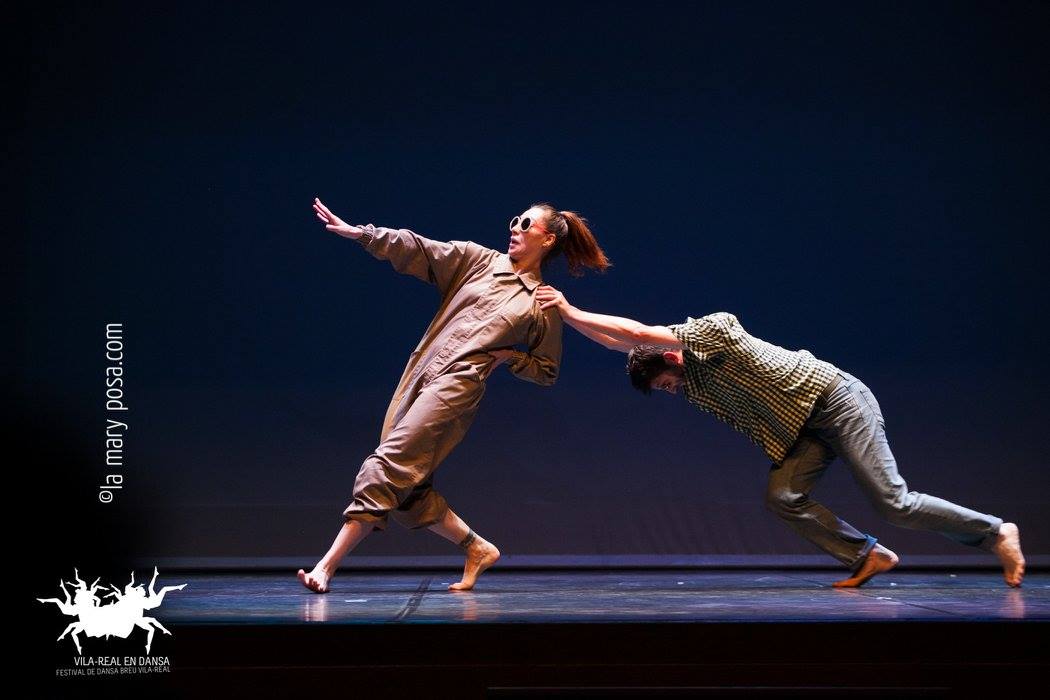 Educational scientific show for kids, teens and families. Ideal as a support to the schoolar curricula.

It is a dance-thater show, where both performers, using a simple scenery, try to achieve (they use to succeed) that the attending audience understands in an intuitive, funny and enterteining way how force and movement relate to each other. To do so they use theatrical tools and metaphers as laziness and obstination that turn into inertia and the bodies one into mass and the other one into force. Once the show comes to an end there is a practical part to live and improve the understanding of the laws that have just been represented.

The youngest will get an idea and those a little bit older will probably understand and remember in a better way those things that possibly resulted too abstract to be fully understood, when explained only in words and numbers.

Sir Isaac Newton left us a huge amount of knowledge in physics and maths. Probably the most known are the “3 laws of motion” that describe with marvelous precision the relation between force and motion and provide the base for classic mechanics.

Dancing Newton reviews in a funny, danced and thatrical way these three laws.

DANCING NEWTON can be enjoyed by pupils from primary school as well as secondary school. However it is convenient to have homogeneous groups, for the practical part at the end of the show as well as for the somewhat more theoretical explanations about the things just seen and experienced.

There is no gallery selected or the gallery was deleted.